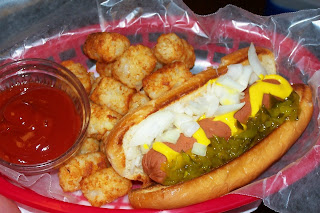 Anyone for a game of Wicket?

"What's Wicket?", you say?
It's a game my kids made up as they started to become Cricket fans. They got all excited about inventing their own game and wanted to invite their grandparents over to watch them play.
And what's a ball game without concessions? 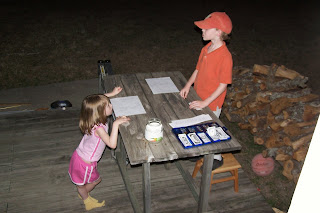 Jacob was convinced that we needed a concession stand, so I helped them come up with a menu, which covered everything from nachos, dogs and burgers, to tater tots, salads, a variety of ice cream bars and drinks. Jacob set the prices and ran the stand. I was the short order cook and daddy delivered the food. I had picked up some little food baskets at Target last summer - those were fun to serve in. Zachary and Michaela didn't do much...they just partook... 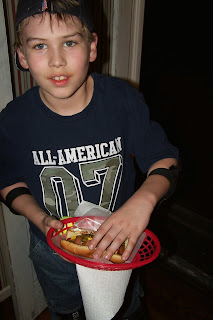 Since it wasn't fair to ask the grandparents to fork over their hard earned cash, we loaned them our math manipulative money (but Jacob put out a tip jar that said "real money only" on it :0) 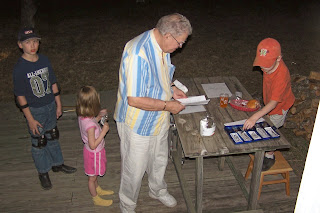 It was great practice for them to learn how much money was needed for something and how to make change.
And there were lessons in sportsman/womanship too. We learned that Michaela can clean their clocks when it comes to running... She looked like Forrest Gump out there! What an incredible runner! We'll be entering her in the Little Olympics this spring, for sure.
Posted by Sara at 12:34 AM