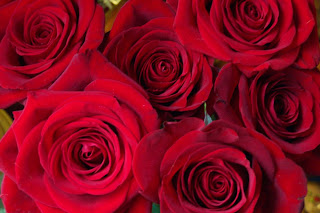 
We'd been dating just short of three months and we were sitting in my parent's driveway "talking" and waiting for my dad to flash the porch lights again... and it went something like this:
Him: If I asked you to marry me, what would you say?
Me: I'd say yes!
Him: Well, will you then?
Not the exact words, but pretty darn close...
So that was 20 years. Whoosh!
And now to shift gears - a couple of photos for those of you that have been bugging me. I really haven't lost any weight in the last month - actually bounced back up a few pounds and I'm finally under 200 again, but I have lost more than 6 inches as of a week and a half ago. I haven't measured this week yet. If it's a dramatic change you'll hear from me. I don't care how much I weigh as long as the inches keep coming off!!! 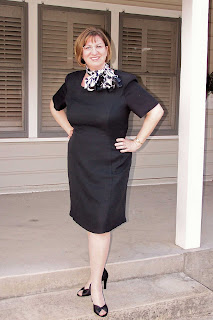 I got a new hair cut too - it's pretty short in the back - even shaved a bit. And I put some "spring" highlights back in there. Just couldn't resist. Still no gray...but I'm on the lookout and will tell you as soon as I spot some! 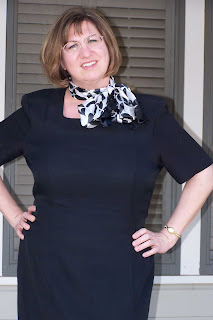 Another cool thing that happened: my gym has asked me to be on their "Wall of Fame" for consistent effort and results. I need to type up my little bio and story and give them my before and after photos. That's part of the reason for the little photo shoot today...plus it was a fairly decent hair day. You really hafta take advantage of those.
Posted by Sara at 11:15 PM