Frequently, we homeschoolers face questions from those on the “outside” about the social development of our children. Understandably, they worry that our children will miss out on the social graces learned in “real school” like peer bullying, dating tips for sixth-graders, fashion critiquing and eating disorders, gutter language skills, and a general disrespect for adults in a position of authority.

Naturally, we’re concerned that our children don’t become social misfits and so we occasionally loosen the duct tape, open the basement door and let them out into the sunshine for a quick trip to China-Mart or to drive past one of the three local McYuck food stores.

We just happened to be able to tweak our schedule a bit at 11 AM on Royal Wedding Friday (another advantage of homeschooling) and we went all out with a full blown formal occasion and really put their social skills to the test. They passed with flying colors. 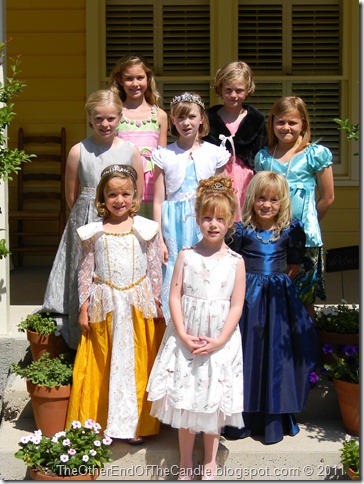 Do these look like socially impaired young ladies to you? They look an awful lot like princesses to me. There’s not a crossed eye or a booger pic 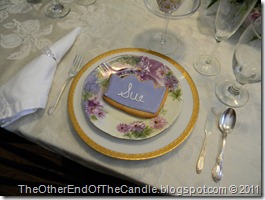 ker in the bunch.

My sweet friend and her daughters  decorated the place card cookies for me.

I found the tiara napkin rings at Hobby Lobby when they were on a 50% off sale. Each girl took one home as a memento from the day with the reminder that they are each indeed a princess as a daughter of the King of Kings. 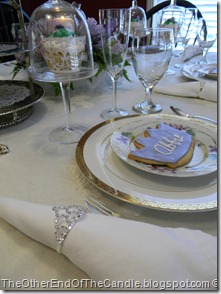 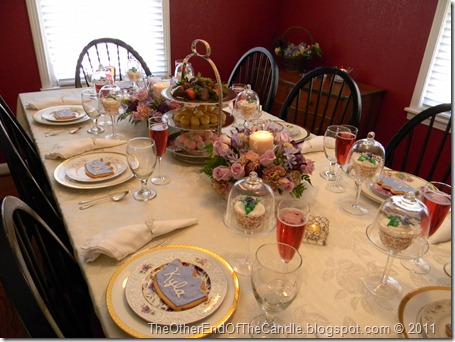 We served the moms in attendance brunch too but their table was slightly different. 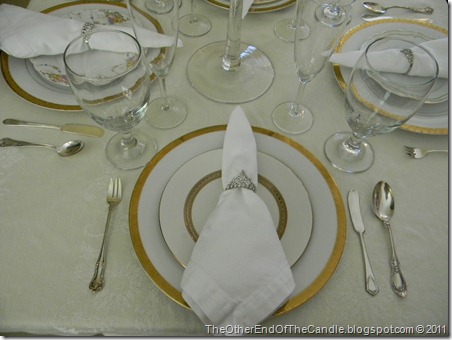 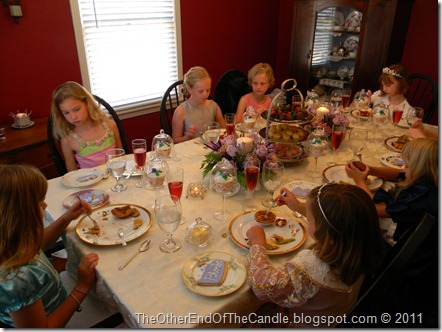 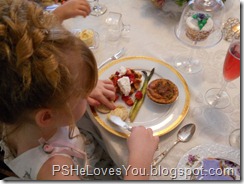 pastry fork to eat the icing off her fairy cake first. Manners supreme!

After they finished eating they all crowded around in the living room  in their gowns and we watched the Royal Wedding (again…) and learned all sorts of things about hats and tiaras, gowns, carriages, family trees 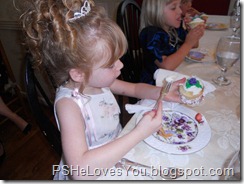 and tried to figure out how you can be married to a Queen and only be a duke or prince… not the king.
I’d say we’re doing mighty fine in the socialization area thankyouverymuch. Not once did I hear, “I don’t like that” or “what’s in it?” or “I don’t want to”. However, I did hear (once) “how much longer until they kiss?”

Come back tomorrow and we’ll see if the mommas behave as well at their party as the daughters… A hint: nope. (Probably because they weren’t homeschooled…)