Gala is as Gala Does

The coach has turned once again to a pumpkin minivan and the glass slippers are shelved with my feet in an Epsom salt soak. 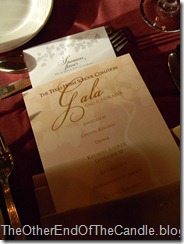 In reflecting on this year’s THSC Gala I was having some trouble processing it. This was only my second time attending and there were some very prominent differences from last year.
This year the emcee wasn’t smarmy and the entertainment wasn’t more of a distraction than it was entertaining.
The food was served on time rather than two hours late and the servings were completely adequate rather than scant. 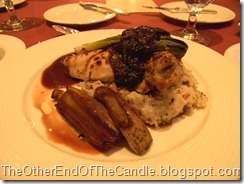 The speaker was interesting and gave an inspiring testimony and the honored guests were real people rather than just a bunch of judges and politicians.
The auctioneer wasn’t nearly as annoying, though I still think he didn’t get the memo that it was a room full of single income families with anywhere from three to a dozen children each he was begging money from…  (And really, do you think a room full of homeschool parents truly need to purchase personality tests for their children? If anybody ever knew their kids…Now, if they were able to purchase the actual personalities that would be different. One more note: if you’re going to call it a “family getaway” provide more than 2 adult tickets in the package.) 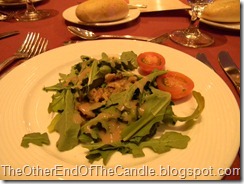 Even though it appeared that the salad had been under the heat lamps a bit too long, the dressing smelled of the feet of a teenaged boy, and it looked as if the chicken had been garnished with a purple hairball, the food was still remarkably tasty for hotel catering and more memorable than last year.
They were even gracious enough to supply what I’m told was a very delicious and interesting vegetarian plate for my babies’ daddy. 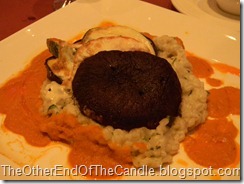 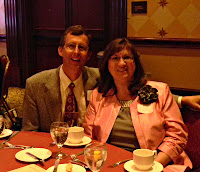 We had a perfectly lovely time and I think I was dressed much more to the occasion this year than I was last, but something was missing. I wasn’t able to put my finger on it until I was speaking with Lisa afterwards and she mentioned that she’d had a great time too, but it seemed like a lot more fun last year when so many things went wrong. I started to think about it then and realized she was right! (Please don’t mention that last part to her). It’s when things go wrong and we laugh ourselves silly over it that the true memories are made.
We’ve had the opportunity to laugh at the foul ups several times now – sometimes on different trips and other times all on the same trip and those are the truly memorable occasions. When things don’t go exactly as planned we find the humor in it rather than the disappointment.
The way I see it you have two choices. You can have things go wrong and wallow in the misery and pout or you can decide to laugh at yourself and the situation and make some wonderful memories. Choose the joy rather than the bitterness. Choose the laughter rather than the stress. Choose to look for the positive rather than the areas of defeat. 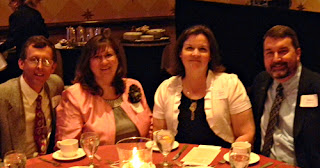 A  merry heart is good medicine. Praise the Lord in all things. Rejoice in the Lord always, seriously – REJOICE.
Don’t forget to enter my giveaway which ends Wednesday, April 20 at 11:59 p.m.
Click here to go enter.
Posted by Sara at 11:30 PM