Burger Joints, Cemetaries and Other Places of Interest

I couldn't let this opportunity pass... After all, I have pictures. Never mind that it's been a little more than three months since I took them...

If you need to review, go back here and read about our unexpected hosting of Thanksgiving dinner and even more unexpected last minute get-away to Southern California. But it's really not necessary.

Anywho... after cleaning up our unexpected, last minute Thanksgiving dinner, we were pretty pooped. I don't know much about flying, but I do know that if your pilot tells you he's "too tired" you should postpone the trip until he's feeling perky again.

We dropped the chitlens off at my parent's house the night before, so we were rarin' to go at 4:30 in the morning on Friday. (Like many others around the country... but we weren't Christmas shopping.)

We were "wheels up" by almost 7 a.m. We flew out over my friends "estate", but it was pretty dark and I didn't get a very good photo.

After the sun was up I got this photo of my pilot. He's pretty cute, huh? 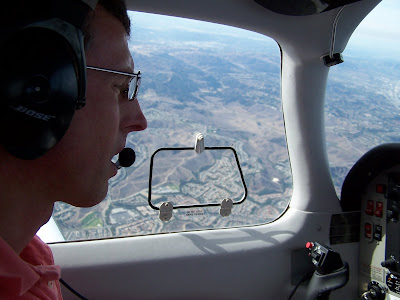 I'm allowed in the cockpit on this plane. Actually... if you wanna get right down to it, I'm the co-pilot on this flight and the go-to person if the pilot in command happens to pass out. I also happen to be the flight attendant if you need a sandwich , some trail mix or a pee pee decanter...

I know, I know... I look so spontaneous here, but really, there are no other flight attendants running around serving drinks and taking photographs. The reality is I used the self timer on the dashboard (I wonder if it's called a dashboard in an airplane... and I have no idea why it's called a dashboard in the car... or on Blogger.) Like how I moved my microphone on my headset so you can see my freshly applied lip gloss? I should have moved it a little lower to hide my newly acquired neck wrinkle. I'd like to tell you that the headset it so tight that it's squeezing my cheeks like an annoying godmother, but really I'm just getting fatter. But don't I look happy? Yeah... stay tuned... 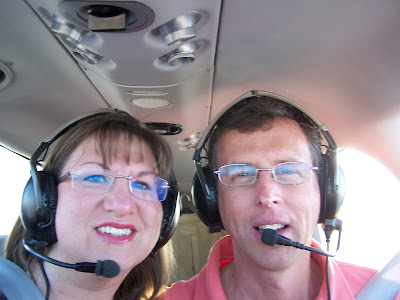 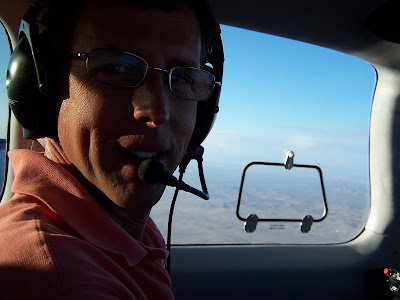 Coming into L.A. about 6 hours later.
No... I don't have a brown filter on my lens. This is actually pretty clear air... the smog gets blown out of the valley more in the winter. 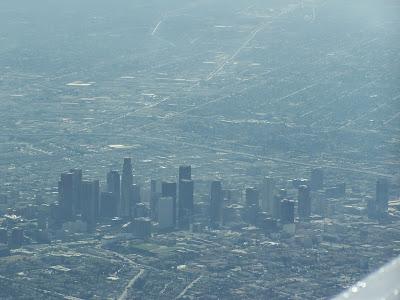 We had a jam packed schedule for the two and a half days we were there, but our first stop, after picking up our rental car, was the best burger joint in the world. 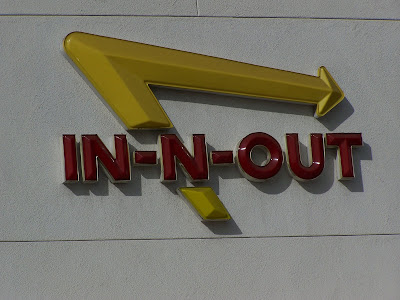 You gotta love a menu with only four choices.
Well... four choices on the known menu. There's a somewhat secret menu also. It's programmed into the cash registers... so if you order from the secret menu it shows up on your receipt in a not-so-secret way. 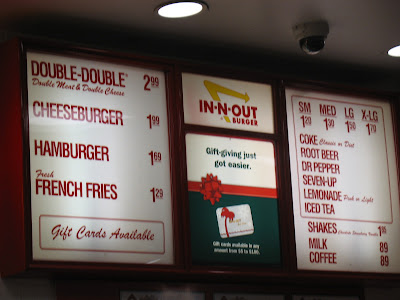 This place has organization down to a science. Courtesy too. I made a slight mistake when I ordered (trying to be slick and use the secret menu) and it was a complete and total non-issue. It was all about me and making me happy - no fault to the customer at all. The outstanding employees made me feel like whatever I said was how it was and they fixed my little mistake without complaint, laying the blame or making me feel like it was a trouble to them to do so even during the lunch rush. I gotta tell you, it was refreshing to receive such great customer service. I could go into a huge speech about how I feel about customer service in general these days, but I'll spare you. You're welcome. 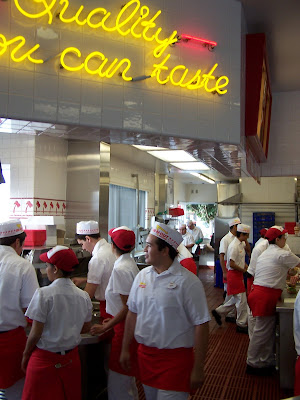 Love me a burger joint that puts scripture on their wrappers and bottom of their cups.
On the burger wrapper is Revelation 3:20 - "Here I am! I stand at the door and knock. If anyone hears my voice and opens the door, I will come in and eat with him and he with Me." (New International Version)

The cups have John 3:16 on the bottom - "For God so loved the world that He gave His only begotten Son, that whosoever believeth in Him should not perish but have everlasting life. " (good old King James Version, or "the real Bible" as one of my old friends puts it. You know... the Bible Jesus used...) 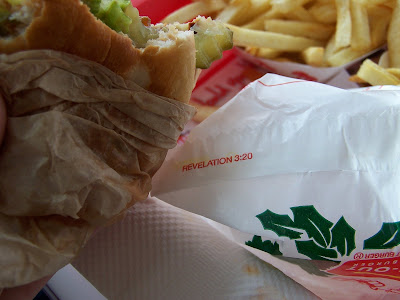 One hamburger "animal style" (hold the tomato), and one "grilled cheese". Brian was dumb struck that the entire meal, including a drink, cost less than $7. 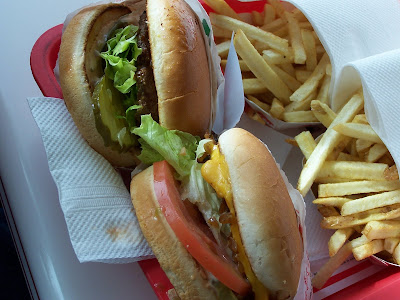 I was pretty sure of his answer, but I checked anyway and I was right. He came out of the bathroom and stood there for awhile. I asked him what he was thinking and he was wondering to himself how he could implement such organization and attention to detail back at work... 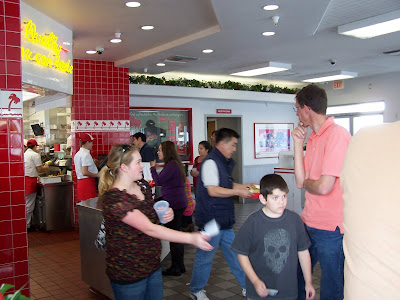 Our second stop that day was at the Huntington Botanical Gardens, Art Gallery and Library. 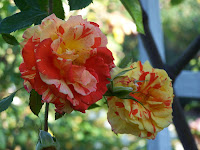 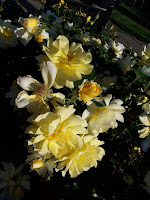 We didn't have time for much, but most of what we had we spent touring the mansion and ran through the rose garden on the way to our tea reservation. 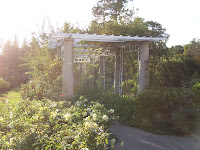 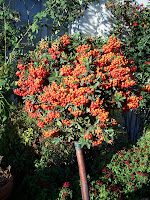 Even Brian enjoyed "tea". They had a very elaborate buffet including caviar, of which I did not partake. (I had extra scones and pastry instead).

This is me and my favorite sister-in-law, Shari, pretending to go in. They were slightly (about a half hour) late calling us for our 3:30 reservation. I left them In-N-Out's number so they can get some customer service tips.

On Saturday, I was able to sing with Shari and her friend at church, (sorry friend... I forgot your name, but it starts with an M and sounds like a common name at first, but it's a little different...) It was a lot of fun making up harmony and singing with Pastor Chuck tickling the ivories in a most spectacular way. 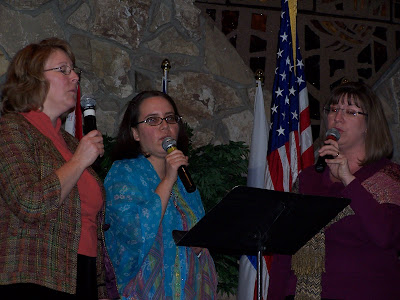 After a quick but delish lunch of enchiladas with Shari and crew back at her house, I took them all to one of my favorite haunts from back when I lived out there.
(to be continued...)