I’m not sure why, but I’ve had a real hankering for lemon lately. It probably has something to do with the official start of summer, but then again, it might just be the influence of the recipe books I’ve been perusing lately. 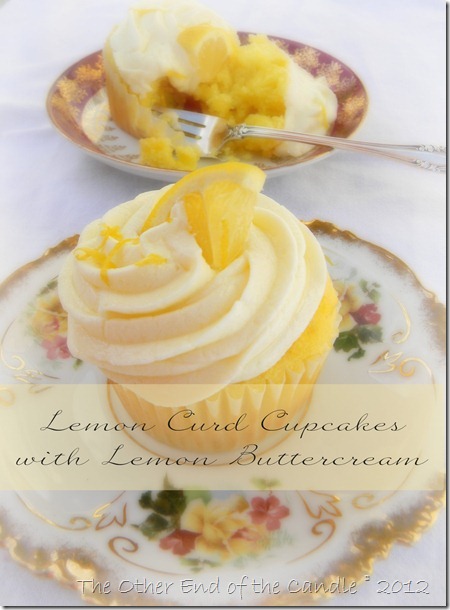 We needed a portable cake for my daughter’s 10th birthday, so the obvious go-to was cupcakes. The hiccup was in the fact that she wanted lemon meringue pie. The solution was lemon meringue cupcakes. 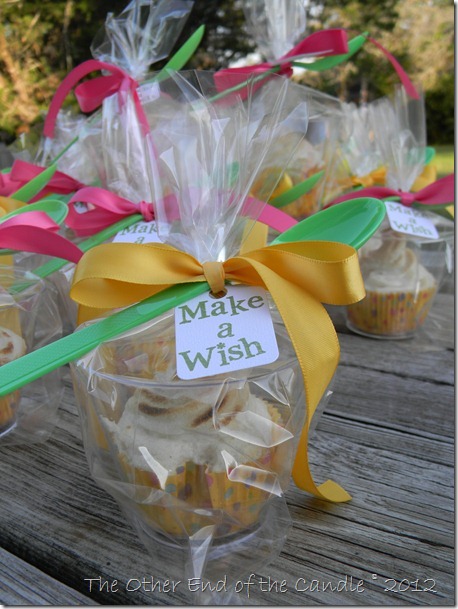 My twelve-year-old son actually baked these and I topped them with the meringue. We decided to cut the calories a bit and use vanilla yogurt rather than oil in the cupcakes. The flavor was good, the texture was heavy and moist, but they didn’t rise quite as high and did stick to the papers a bit. I’ve read than you can spray the papers with oil, but I haven’t tried it.

The meringue was piped on while the completely cooled little cakes were still in the pan and then set and browned in the oven for about 10 minutes. I gave them a little extra browning with my kitchen torch. It’s a little harder to get them into the plastic cup without messing them up so I called “do-over”
.
The ingredients were basically the same for our second batch of lemon cupcakes. 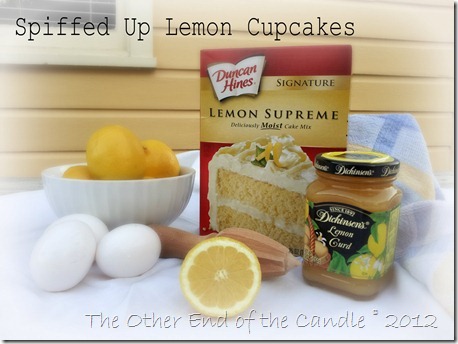 For extra tang and zip, my helper and I replaced half of the water with lemon juice – that’s 2/3 cup on this standard mix from Duncan Hines (my preferred cake mix). This time we used vegetable oil in the cakes rather than the yogurt, got a fluffier cupcake and a clean peel from the papers.
Try to keep yourself from being distracted by my hip and stylish faux butcher block countertops. I know you’re jealous – try to rein it in. 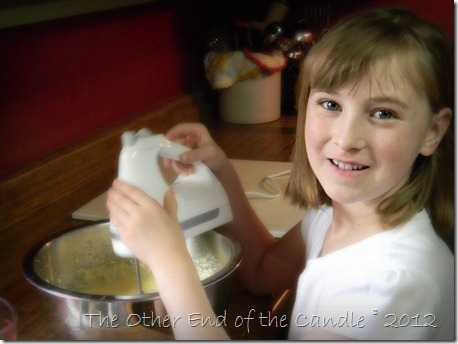 To take the lemoniness (not sure if that was a word before, but it is now…) over the top, we filled our cupcakes with lemon curd. You can make your own or use a store bought variety. Remove the lid and microwave the jar about 15-20 seconds. Stir well and fill a quart size zip top bag with the lemon curd. I like a freezer bag since they’re more sturdy. Snip off about a quarter inch from the corner of the bag so you can easily fill your cupcakes. (I made the hole in my cooled cupcakes with the handle of a big wooden spoon.) 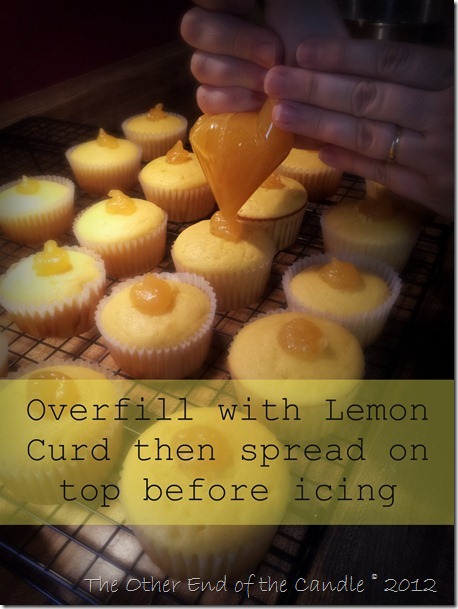 Overfill them just slightly and then spread the lemon curd over the top of the cupcake before you ice it.
This batch got iced with a Lemon Buttercream. 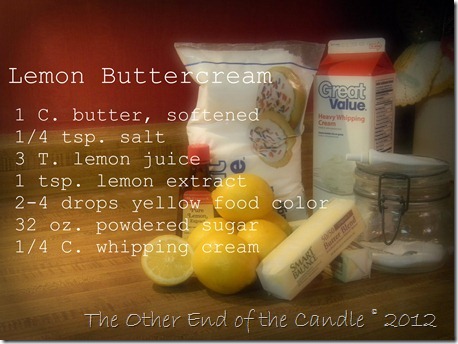 Beat first 5 ingredients at medium speed with an electric mixer until creamy. Gradually add powdered sugar alternately with cream, beating at low speed until blended after each addition. Beat at high speed 2 minutes or until creamy.

If you’re going to be hauling these around and want to wrap them in a 9 ounce cup in a treat bag put them IN the cup before you pipe the icing on top. This will assure you don’t smear up the icing. In case you’re wondering, these cupcakes are topped with Monopoly game pieces. We took the opportunity to share them with a friend’s family that was having a “Monopoly themed day” at their house. I was therefore able to prevent them from becoming my breakfast and eventual chair padding. 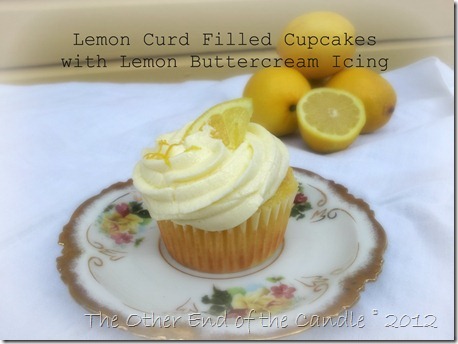 Overall, I think I liked the meringue topping better. The lemon buttercream is very sweet bordering on too sweet, but it did look prettier. And, sadly, sometimes that is what matters.

Brace yourselves -- I’ve been baking a lot lately. I’ve got at least three more summer recipes in the line-up for you. Start your exercise programs now…